Controlling a cranked up electric guitar from excessive Guitar String Noise when playing, can be a challenge of itself.

Just the fact that it’s an electric guitar can cause all kinds of strange noises that you wouldn’t encounter with an acoustic guitar.

However, the approach to keeping the guitar free of excessive noise when playing is pretty much the same for both.

The real secret sauce is within the your playing technique, which includes both left and right hands. Simply understanding this will get you on the right path quickly.

Since having been a guitar teacher for over twenty years, I’ve had hundreds of questions asked about how to keep excessive Guitar String Noise down during lead guitar playing, as well as rhythm playing.

Most of the time my students notice things that I’m doing and ask me how or why I do those things. It was then that I began to be aware of what it was I was doing to avoid all the excessive noise.

I would see my students struggling with this time and time again, and soon realized that the things I was doing to avoid this problem, was something I developed over time sub-consciously. Meaning, I don’t think about it as I’m playing. It’s just something that became part of my playing over the years.

I believe every seasoned guitar player has developed a similar type of noise elimination factor within their own playing, whether they consciously knew it or not.

Here’s what I find interesting, students that ask about this have an advantage because they are being shown what to do and can begin working on their own technique to eliminate Guitar String Noise. But… The ones who never had the opportunity of someone showing them just naturally developed a skill they didn’t even realize was there.

Here’s what you need to know to start this process today, of eliminating unwanted noise with your guitar playing.

1.) Bridge Palm Muting: You want to rest your hand over the bridge when playing single notes, and release your palm as needed to allow the strings to ring out. You are in control of how much muting you want. I suggest using very little, and adjusting as needed according to the amount of volume you want from the string at the time.

2.) Fretboard Finger Muting: This is one of the areas I subconsciously developed without realizing it. As you are bending strings and doing vibrato, I find that the other fingers can mute the sound behind the note being played. This holds true for running scales. As you work your way down, keep your finger low to the fretboard and they will mute all the string noise behind the notes being played.

EXAMPLE: If you bend your 2nd string up (B-string) a whole step, using your 3rd finger to bend, then you have your first and second fingers that can rest on the fretboard behind the string. This will help eliminate any unwanted Guitar String Noise that can pop up when playing.

As with scales… If you start on your sixth string and work your way down to the first string just allow your (bridge) palm to follow down behind each string after it’s been played, this will allow only the string being played to ring out.

Another important factor, when bending your strings be sure that the finger you use to bend the string is pushing (the next string above) up with the very tip of your finger. DO NOT let the string get pulled under the finger when bending because it will create all kinds of crazy Guitar String Noise that you can’t eliminate. Just allow the tip of your finger to push up the next string as you bend.

You might need to spend a bit of time trying to find the right combinations that work best for you, but believe me, once you get your mind wrapped around the concept of eliminating Guitar String Noise, this will become second nature and you won’t even think about it when you play. 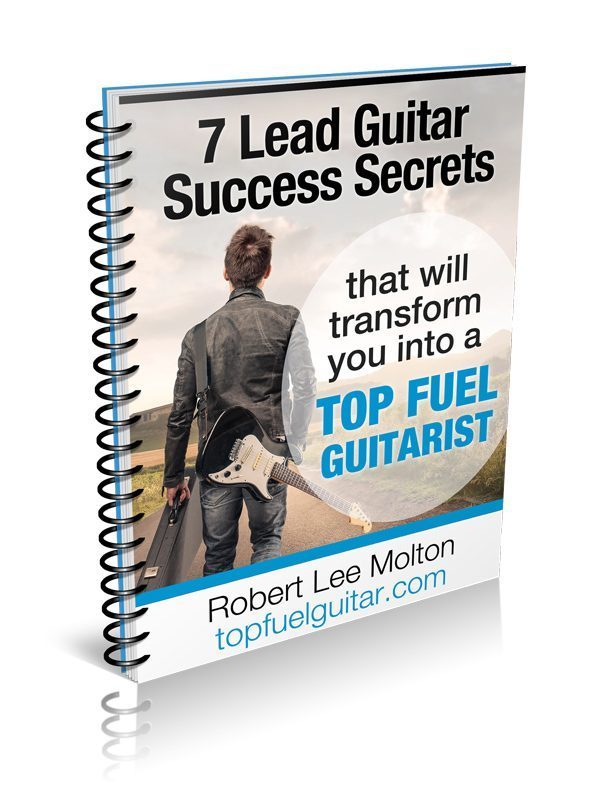 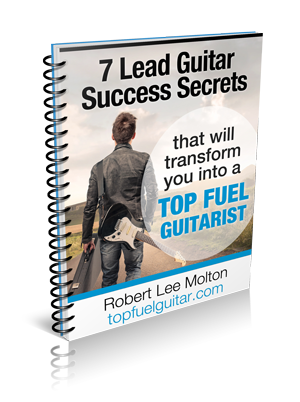 Wait! Before you leave, get my free report.

Enter your first name and email address in the form below and I'll send you my free report right away.